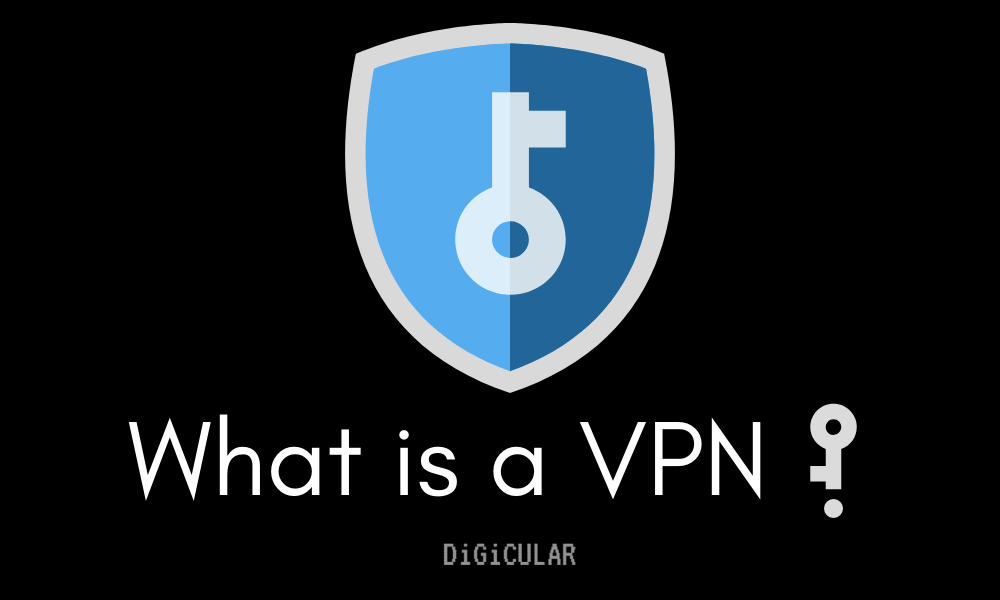 Formal definition aside, a VPN is a software tool which lets you securely connect to and access another Private network over the Internet from anywhere around the world.

Usually when you want to connect to a private network (say your Home Wi-Fi network or LAN), you have to connect a physical LAN cable or Wi-Fi to your computer or laptop, which lets you access all the resources connected to that network like Files, Printers etc.

What if you are not physically present at the location of network (say Home) but still want to connect to it?

The answer is VPN.

The VPN technology was invented to let a Individual Employees or Branch office of an Organization that are located at different locations around the world to connect to the Organization’s main network securely and work.

What is a VPN? (The Common man definition)

So, why would I need to connect to some other private network? You may wonder.

Even though, the main purpose of VPN was to help Organizations share a private network securely and remotely, it is now used by normal users for a very different purposes.

So, if you define VPN in Modern and Normal user perspective:

A VPN is an application using which you can hide your original location & IP address by connecting your Smart device to other Computer (called a VPN server) located remotely in some other country or place.

So with VPN you can pretend to be using the Internet from some other Computer and location with that computer’s IP address while you are actually using yours.

What can you do with a VPN app/ software? (Advantages)

VPN is quite useful in different day-to-day situations while you are browsing web or downloading files. There are numerous advantages of using a VPN, but here are some of the main uses of VPN in:

How does a VPN work?

Before getting into reasons for why you should be using a VPN, let us get a basic understanding of how a VPN works.

Lets consider you have connected your device (Smartphone or Computer) to a VPN server using a VPN software or app. And you open a Website in a Browser, again lets say it is Google.com.

In What platforms are VPNs available?

VPN software, both Free and Paid are available in almost all kinds of platforms that you and I might use commonly.

Almost every VPN software is available on major desktop platforms like Windows, Linux and Macintosh. Some VPN services are also available on Cloud based OS like Chrome OS. In these platforms it is just plug & play. You just download the software, install it and use it without any complex setup.

Both free and paid VPN services are available on these OSes. But beware, some free VPN software might install Adware or additional software on your computer without your knowledge.

Smartphones and Tablet devices are another major platform for VPN apps. You can find a Wide range of Free and paid VPN apps on both Android & iOS on Playstore and Appstore.

While most of the Free VPN apps rely on Advertisements, premium apps provide Ad-free service with more Server locations and speed with better privacy.

Certain VPN services are also available as Extensions and apps for browsers like Chrome & Firefox. With these extensions, you can quickly switch on/off the VPN as you are browsing. Though extensions are only available on Desktop browsers, some mobile browser apps also come with in-built VPN option.

Please note that unlike full fledged apps, VPN extensions do not provide System-wide protection. These extensions only provide protection within the browser the extension is installed on. So all the activity in other browsers and apps will not be sent through VPN if your using a browser extension.

VPN services are even available for Wi-Fi routers which use a built-in OpenVPN functionality. So once you setup VPN with your router any Internet traffic coming from all the devices connected to that router will be protected by default all the time.

Even though it is not hard, you have to be a little bit tech savvy to setup a VPN on your router as you have to change your router configuration which you normally won’t use.

If you use Streaming devices like Chromecast, Roku and Apple TV, VPNs are available on those devices as well. You can easily access geo-restricted streaming services like Netflix without leaving your big screen.

VPNs are even available on Gaming consoles like Xbox and Playstation.  Some ISPs cap internet speed if they observe Gaming activity which could consume high bandwidth. So in such cases, you can enjoy high speed gaming by using VPN.

Why should you care to use a VPN? Do I really need a VPN?

Now comes the Real question. Why should you use a VPN?

Is it necessary for a normal internet user like you to use a VPN, given that you don’t do anything shady or Illegal things online?

Well, the short answer is YES, you should.

VPN is not for anonymity, but for Privacy & Security. And here are some of the strong reasons why VPN is important for every internet user.

Apart from these, there are many good reasons,  why you should use a VPN.

No, VPN helps you hide your IP address and hide your identity to some extent, but it won’t make you totally anonymous. So it is better not doing anything very illegal even if you have VPN.

Q. TOR or VPN, Which is better?

Both or None. Though both seem same, TOR and VPN are totally different. To put it simply, TOR provides anonymity, while VPN provides Privacy and security. And TOR is extremely slow and not suitable for general usage.

Q. Does VPN slow down my Internet speed?

Yes, a little. Free VPNs have a major speed cap, obviously because they are free. But even if you are using paid VPN, there will be some drop in speed because of additional data transfer operations between VPN server and website.

Q. Can my ISP or Government see that I am using VPN

Yes & No. Using VPN is legal in most of the countries. But in some countries, the government prohibit usage of VPN.

Q. Should I keep VPN ON all the time?

Not necessarily. It highly depends on your choice and the situation. If you are using a Public WiFi hotspot,  you should better keep using VPN as long as you are using that WiFi.

VPN is definitely a great way to be safe on internet and protect your privacy. Not only by hiding your Identity, but with data encryption.

So, I highly recommend everyone to use a VPN. It is worth paying for a good VPN service, as your privacy matters the most. So, just get a Good premium VPN subscription. If you can’t afford to pay for a premium VPN, at least use a Free one in situations like Public WiFI. Because, it is better have something than nothing.

Hope this article is useful. If it is please share it with your friends on Social Media.

If you have any questions, feel free to ask us through comments below or via Twitter or Facebook.