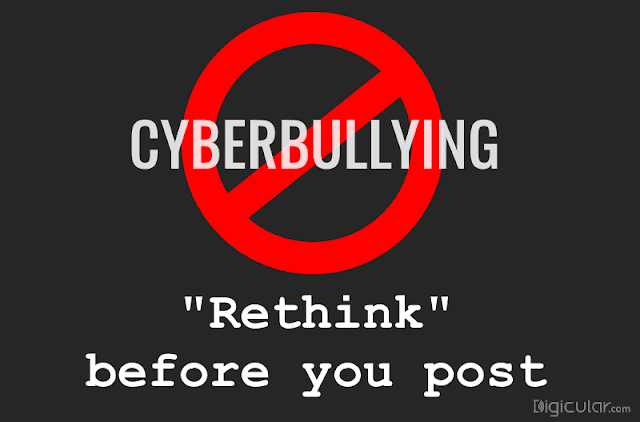 A few days ago I have been browsing through YouTube to find some inspiration and that would be obviously, a TED talk. I was scrolling down through numerous talks on various topics and then a talk about Cyber bullying delivered by an Indian-American teen caught my attention.

It is then I came to know about an Anti Cyberbullying app called Rethink, surprisingly built by a 14 years old Indian-American girl, Trisha Prabhu.

Cyberbullying has already been a serious issue in most of the developed nations like United states. It is noted that even in developing nations like India, the cyberbullying is increasing rapidly due to extensive increase in internet penetration rates and use of social media.

What is Rethink words? How does it stop Cyber bullying

Rethink is an effective and working solution to stop cyberbullying from happening at the source i.e., Cyberbully.

Rethink is an Anti Cyberbullying keyboard app available for both Android and iOS.
It compares the words and phrases you type with its database of Offensive words
and warns you when you type hurtful words or phrases. This actually stops you from posting offensive messages on Social media and Social messaging apps, thus preventing Cyberbullying.

Rethink is a brainchild of Trisha Prabhu, a High school girl living in Naperville, US. Trisha was inspired to build an anti cyberbullying app, by  the tragic death of an 11-year-old girl, Rebecca Sedwick, Who has been repeatedly cyberbullied.

How to use Rethink?

The good thing is that the app is smart enough to actually block the words, where the word actually mean something offensive in that context.
It can actually differentiate between “What is Hell ? ” and “What the Hell ….” Tweet This!

What makes Rethink different from other Anti Cyber bullying apps

Even though there are many other Anti Cyber bullying apps out there, Rethink is completely different from them.

If you pay closer attention to what cyber bullying is, you can observe that it is actually done by an Adolescent (people under the age of 25). This is the very point on which Trisha’s idea is based on. People in adolescence hardly take few moments to think, what they say (or type). In a test of 1500 data trials, rethink was able to decrease the willingness of posting a hurtful message from 71.4% to 4.6%

Rethink makes you Re-think a few seconds about what you post or text on social media. Thus improving your decision-making skills and a good conversation.

The base idea of rethink is unique and is patented to Trisha Prabhu. This brilliant idea made her a Global finalist of Google science fair, 2014.

The app has also got international recognition to her and she was offered talks at TedX teen, Naperville and TedX gateway, Mumbai and many other. She is been also listed as one of most influential teens on many popular websites. Besides, she has also been featured in national and international media and been invited to talk on various platforms.

To say a few of my thoughts, some Emotional graphics instead of just textual warning can make Rethink even more effective. And also, a chrome extension, if launched would be much appreciated by desktop users.

Rethink is must have app for a teen and also yourself even if you don’t have intentions to bully a person. It helps you maintain a healthy conversation on social media.

So don’t forget to install Rethink on your device and also people around you.
Rethink before you type to build a better and lovely Webosphere. Tweet This!

Please tell us what you feel about Rethink through comments below and do share it on social media.