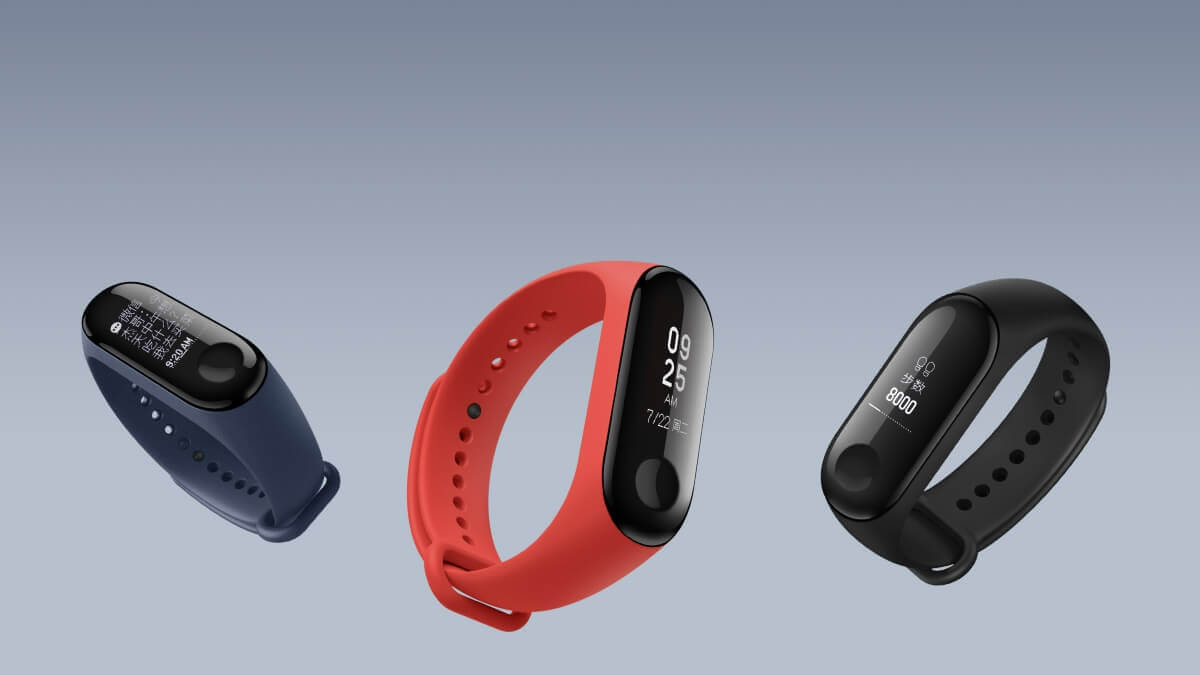 Xiaomi has released the new Mi Band 3 at a launch event along with MIUI 10 and Mi 8. And they added some great new features and improvements to it

If you are thinking whether you should buy it or not, read these Top 5 New features of Mi Band 3 and then decide for yourself.

With the help of the Touchscreen, you can browse through various data like Fitness (Steps, Heart rate), Weather forecast, Messages & Notifications by swiping Up/Down or Left/Right on the screen. There is still a physical touch button, which you can use to perform actions like Rejecting a Call, Closing a notification etc.

Overall, the addition of touch screen would be very useful, as you can do a lot of stuff within your Mi Band, without the need of reaching your phone.

Mi Band 3 also has a bigger battery of about 110mAh compared to 70mAh battery in Mi Band 2. This means you can get a battery life of about 20 days, which is great considering the fact that a Touchscreen consumes more power than Non-touch.

It is no wonder that adding bigger Battery also adds extra Weight. So Mi Band 3 is little heavier than its predecessor by about 12 g.

NFC is another hardware additions besides Touchscreen. There are 2 variations of Mi Band, one with NFC and the other without NFC. The NFC support in Mi Band 3 can be used to process wireless payments through Mi-Pay.

NFC stands for Near Field Communication, which is very short range and usually used for Payments at POS, Security systems etc.

As Mi Pay works only in China, the NFC payment option would be useless outside China. Unless Xiaomi plans to expand Mi Pay to other countries or integrate other payment services, they may not launch the NFC version in other countries as of now.

You also get latest version of Bluetooth, which is Bluetooth 4.2 (LE). Here LE stands for Low Energy, which means it consumes less power which implies to better battery life.

The new bigger touch screen helps you view and interact with more. You can swipe through to view various data like Messages, Weather etc.

You can swipe up/ down to switch different type of data like Notifications, Weather etc., and you can then swipe left/right to view each message and notification.

As I said earlier, there is a Physical touch key, which you can use to Reject calls and Delete notifications.

You can view full-Text messages as well as messages from IM apps. In China, they support WeChat and QQ Messenger, but globally they are likely to support WhatsApp and other apps.

Besides, you can also see 3 days of Weather forecast by swiping to left. Also, you can get reminders and alarms notified by vibration.

This feature is added after the first update of Mi Band 3. With this feature, you can quickly put your phone in Silent mode from your Mi Band 3 even if your phone is far away from your reach (But obviously, it should be connected to Mi Band).

If you already have Mi Band 3, please update it to get this Mute/Silent feature

Obviously, a Fitness band must have good water resistance property.

Mi Band 3 can withstand 5 ATM of pressure and can survive even in 50 meters in water. Which means you can take it for Swimming or Surfing without worrying that it would get damaged

Mi Band 3 has finally launched in India on 27 September. The Price in India is Rs. 1999. You can buy it on Mi Store and Amazon website.

Concluding: Is it worth buying Mi Band 3?

Well, Mi band 3 has a lot more additions and improvements over Band 2 like Touchscreen, NFC etc.

So, if you want to get a new fitness band, definitely go for Mi Band 3. If you already own Mi Band 2, it would still be worth upgrading as you would get many extra features.