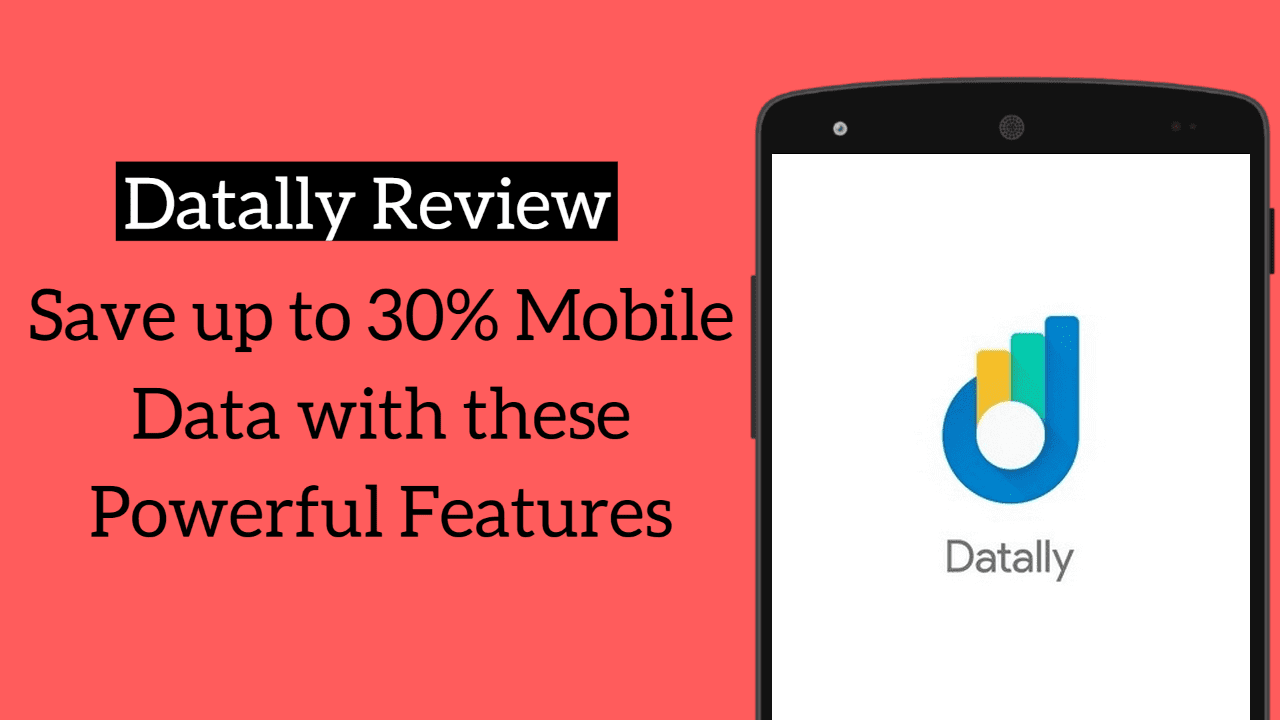 No matter how careful you are, you will always end up draining your Cellular data plan with no mistake of yours.
You watch videos on low resolution and disable social media app. Still, your data is being consumed.Even if you have an Unlimited plan, excess usage of Mobile data causes Battery drop. So, you need a Good Data saver like Datally. Datally is Google’s Data saver app which packs some of the very useful features to reduce your data consumption. It is another app built by Google as a part of “Next Billion users Initiative”.

Datally, which was initially called as Google Triangle app was first released and tested in the Philippines with around 500,000 users, who experienced an average data savings of up to 30%.

NOTE: To use Datally your mobile should be running on Android v5.0 or greater.

There is not much of setup required to enable Datally Data saver, you just have to Allow Usage Access and Permission to create VPN connection.

Just open the app and Turn-On the toggle Data Saver off. It will now prompt you to :

Tap on Open settings and enable the asked permissions and Datally will start doing its work.

It didn’t have any fancy features like Opera Max, which saves data by Compression. But it does group together all of the Existing features of Android together, which are helpful in Saving data.

So, some of the important features of Datally are as follows. Datally also helps you find Wi-Fi networks around your current location so that you can connect to them save your precious Carrier data.

It shows you Networks around your area with info like SSID, Distance & Location on Map and also whether it is Password-protected or not.

Though Google doesn’t assure the safety of those networks, it does show ratings given by other users.

Do you know a Huge amount of your data plan is used by apps that you Don’t even use or use occasionally. This can be solved by blocking Mobile data to those apps.

Just Turn-on Data saver, then all the apps (except some important system apps) are Restricted/ Blocked.
Now allow data to only that apps that are important to you- Go to Datally > Manage data > Scroll down and Tap on lock icon beside the respective app to allow data to that app.

Datally creates a VPN connection and makes sure the blocked apps don’t use internet while on Mobile Data, although they work as usual when connected to Wi-Fi.

Datally is not some Magical data saver, but it gives you some great Data savings by using existing Android features in an effective way.
So, try it and you will see some great data and money savings.

So, do you have an unlimited internet plan? or Are you in great need of Datally? Please let me know in comment section below.