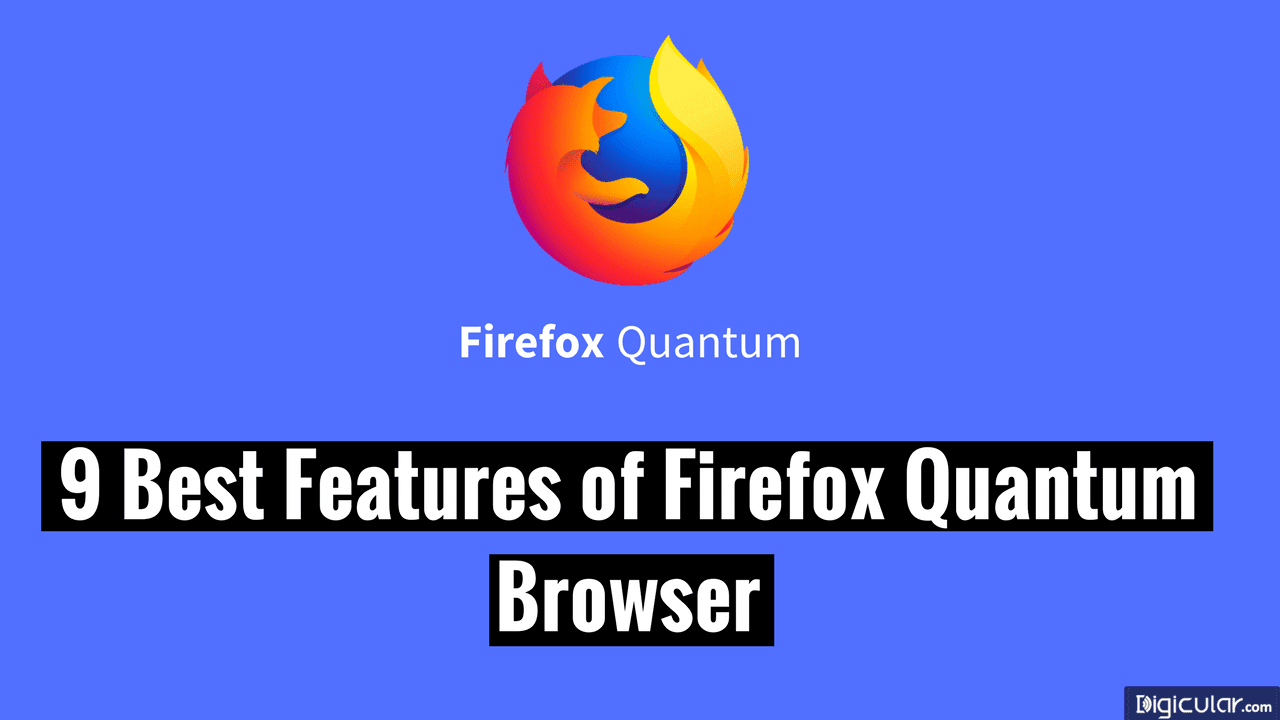 Firefox Quantum is the whole new version of Firefox browser with a lot of new features and significant improvement in Speed and Design. As Mozilla claims it is really the biggest update since Firefox 1.0 in 2004. Previously, Firefox used Gecko Engine, which runs all your browser tabs under a Single thread or core.
But now in Firefox Quantum, the Quantum CSS engine creates a new process for each tab which uses multiple processor cores/ threads.

In Simple words, the Quantum engine does multiple tasks parallelly (at once) instead of doing them one by one.

As I said, Firefox creates seperate process for tabs. The default maximum no.of processes is set to 4. But you change it from 1-7 as you need.

Note that if you choose more number of processes, more RAM will be used. So unless you are a heavy user and has more RAM don’t change it.

Anyway to change no. of content processes, in Firefox open Options and under Performance settings, uncheck Recommended settings option and change the Content process limit.

Firefox has made a significant change in design. The whole browser uses Flat material design which is New, Modern and Fresh. Firefox calls it, the Photon UI.

The tabs are now rectangular boxes rather than those curvy ones. And all icons are now simple and 2-D. There are some new animations too.
Apart from these, the options are now neatly grouped and organised.

In Firefox Quantum, you can change the look and layout as per your choice using themes and other customizations

You can change Themes, Move icons on Tool bar and Menu. You can also change the density of Tool bars so that you can see more of web page.

If you are using 2-in-one touch devices, Firefox automatically adjusts the density for Touch mode. Well, everyone know and take screenshots especially when browsing web. So for those, Firefox has added an in-built screenshot feature called Firefox Screenshots.

With Firefox screenshots you can take precise screenshots with ease without installing any addon. You can also save them to Firefox cloud storage so you can access them later.
For Tutorial Read– How to Use Firefox Screenhsots Pocket is been there for a while in Firefox. As Mozilla acquired Pocket early in 2017, it is now more integrated into Firefox.

Now, when you open a new tab, Pocket shows you 3 Popular stories (called Pocket Recommendations) from the internet based on what other people are saving. You can then click on them to Read and Save to your pocket! (Pocket recommendations is only available in US, Canada & Germany as of now)

Also there is a Save to pocket button near address bar so that you can quickly save the page you are reading.

6. Send tabs between your Devices Another handy feature in the new Firefox Quantum is that now you can Share tabs between your devices. So, if you are reading something on your phone and you want to read it on bigger screen, you can send that tab to Laptop and read.

In order to use this feature, you should sign-in to your Mozilla account on all your devices. Then you can send a tab from one device to other. In android, you can also send links from apps other than Firefox.

On security side, this process is End-to-End Encrypted, so your privacy is ensured.

READ – View Others Phone from your Phone with this app

Firefox is now WebVR capable. WebVR is a technology which makes it possible to play web-based Virtual-Reality content in your browser.

You can enjoy VR Videos, Games and other content in Firefox Quantum using your favourite headset like Oculus rift & HTC vive.

Though there isn’t much Web based VR content as of now, but it would be really useful in future as there will be more VR content in future. Another thing I liked about the new Firefox is now it is more organised. There is a simple feature called Library,  where you access everything you have saved.

You can access your Bookmarks, History, Pocket list, Screenshots taken, Downloads & Synced tabs all at one place by simply clicking on Books icon in extension bar.

Once again, another organised part of Firefox Quantum is its Address bar. You can do a lot of things within the address bar.

Type something in address bar and choose any search engine you want to search with (The default search engine is Google though).
There is a Read-mode icon which also appears within the Address bar.

Page Actions menu – There is a 3-dot menu icon within the address bar which appears when you open a webpage. With this you can quickly Bookmark your page or Save to Pocket. You can also take a Screenshot, Email link or Send tab to other devices.

So would you switch from Chrome and make Firefox your daily driver? Please do let me know in comments. Subscribe for more updates.